Your stay in Germany

For international students, being successful in your studies starts with having the right health insurance. MAWISTA Student Pro is a high-quality private full health insurance that is specially tailored to the needs of international students at German universities (Bachelors, Masters, PhD students). The MAWISTA Student Pro tariff is recognised by all immigration authorities and universities.

MAWISTA Student Pro covers medical costs in the case of illness or an accident. You can visit any recognised doctor or dentist or simply get medical advice via video call in over 20 languages. Naturopathy provided by doctors is also included in the tariff.

MAWISTA Student Pro can be applied for either before or during your studies in Germany. The health insurance plan is valid for up to 5 years for studying in Germany. The tariff can be cancelled on a monthly basis, thus providing academics with a high degree of flexibility.

The health insurance plan also offers lots of flexibility outside Germany. The Student Pro tariff offers unlimited coverage in other EU countries, up to four weeks worldwide and even up to 12 weeks in your home country. If you then start your career while here, you can stay insured on a private health insurance tariff for an affordable price.

Note: If you need a visa to travel to Germany, we recommend taking out the MAWISTA Visum plan and switching to the MAWISTA Student Pro tariff once you are in Germany.

Tariffs at a glance

In home country or after arrival abroad

In writing, 15 days
before the end of the relevant month

Video calls with doctors in over 20 languages

Recognised by authorities and universities 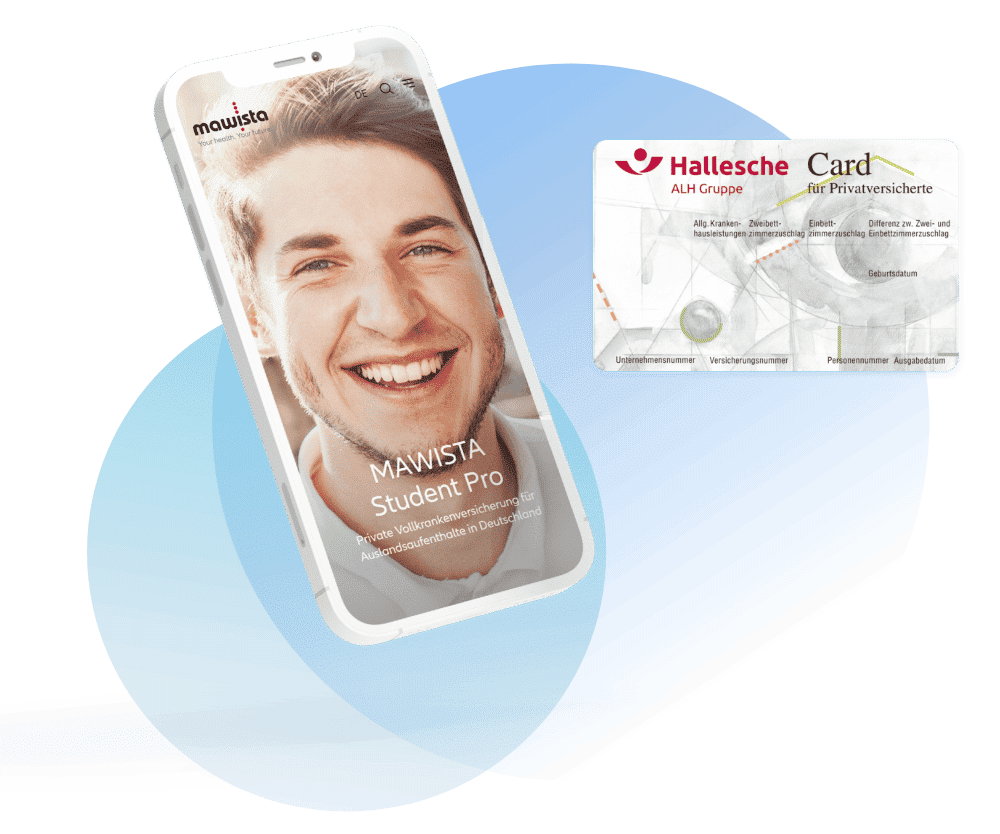 With the Hallesche insurance card, you can easily prove your identity to your doctor.

The insurance card is included free of charge with all Student Pro tariffs. 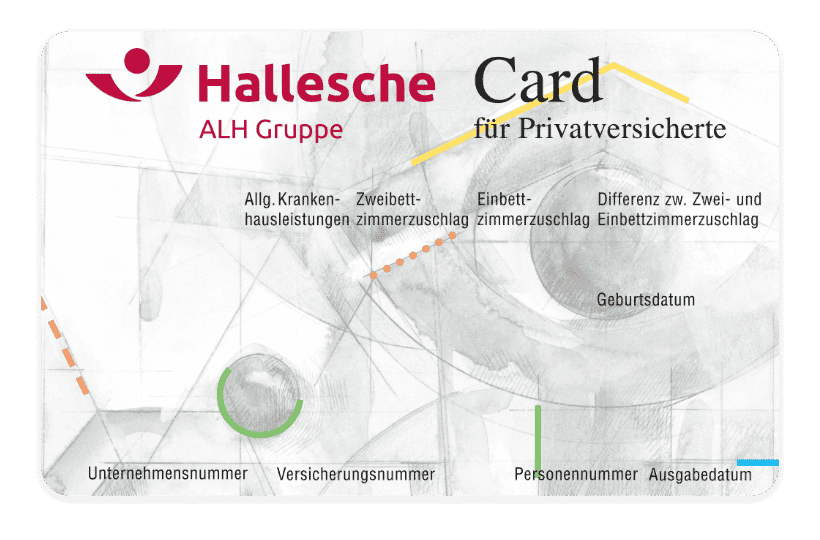 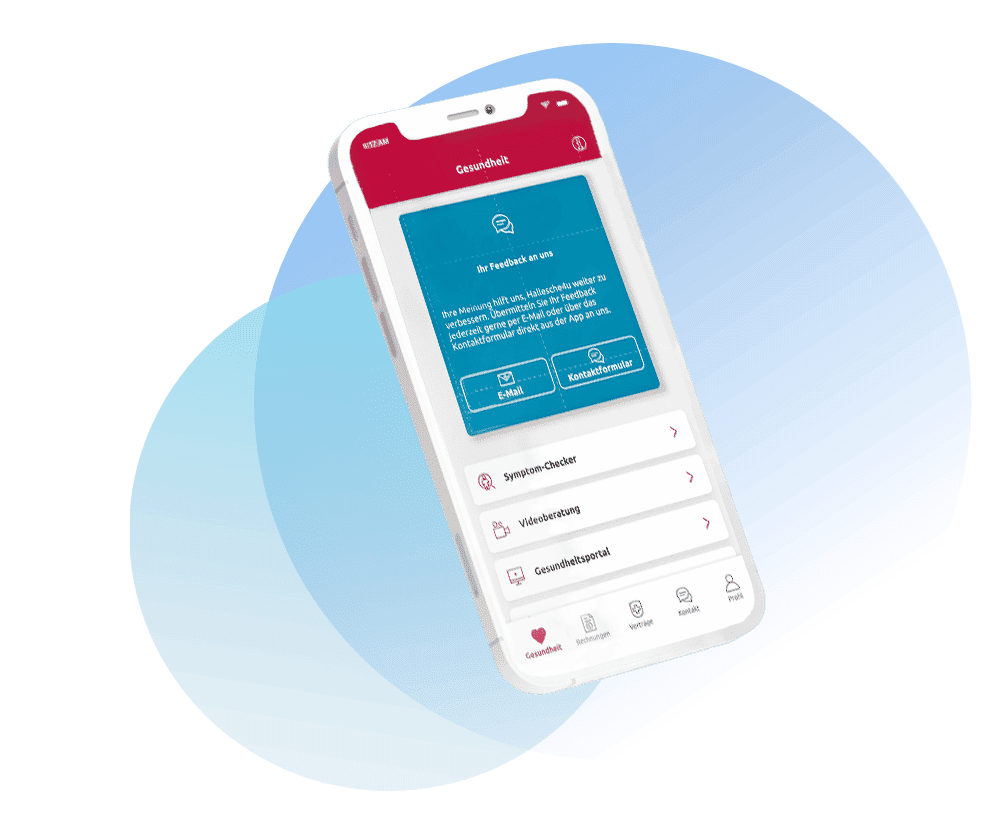 We offer the popular Hallesche4u app:

What our customers have to say

A comparison of tariffs 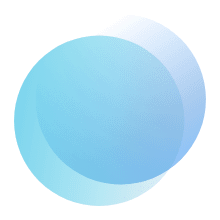 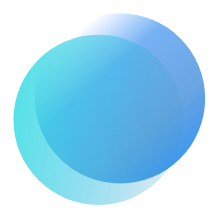 Outpatient treatment by a physician

Natural remedies for treatments carried out by doctors

Maximum amount per year
(no excess for teeth)

Maximum amount across all service areas in one calendar year

Maximum amount of prophylaxis in one calendar year

Health insurance coverage in Germany incl. holidays in the EU/Switzerland

You can find the premiums table for different age groups in our table.

MAWISTA Student Pro offers reliable insurance coverage for your studies for up to 5 years.

Thanks to our quick, expert service, you will receive your contract documents within 24 hours after verification. We know that students need to be flexible, which is why you can pay your premiums monthly and cancel the tariff on a monthly basis.

Questions about the tariff

Which countries am I insured in?

MAWISTA Student Pro insurance is valid in Germany for up to five years.

The health insurance plan provides coverage within the EU and Switzerland for up to four weeks.

In your home country, coverage is provided for up to 12 weeks.

When do premiums have to be paid?

The premium is an annual contribution that needs to be paid at the start of every insurance year. Alternatively, the premium can be paid monthly.

When can the contract be cancelled?

There is no minimum contract term. The insurance will end after 5 years at the latest.

The contract can be cancelled at the end of any month. Cancellation must be in writing and be submitted to the insurer at least 15 days before the end of the month.

How do I get proof of insurance for the immigration office or university?

As soon as your application is approved, you will immediately receive your insurance certificate via email. Our certificate is recognised as a health insurance plan by the immigration authorities and universities/universities of applied sciences.

To help you obtain a residence permit from the immigration authorities, we would be happy to issue special certificates proving your private health insurance coverage on request.

What does the MAWISTA Student Pro tariff not cover?

The conditions of insurance described in section 5 outline the cases where there is no or limited insurance cover:

(1) When will the insurer not pay out?

The insurer will not pay out in the following cases:

(2) Does the insurer pay for withdrawal treatment costs?

The insurer does not pay for inpatient and outpatient withdrawal treatment unless this benefit is expressly included in the tariff.

(3) Does the insurer pay benefits in the case of war, civil unrest and terror?

The insurer does not pay if the insured person is injured due to acts of war in Germany.

The insurer also does not pay if the insured person is injured outside Germany because they have actively taken part in civil unrest.

The insurer also does not pay if the insured person is injured outside Germany due to acts of war or terror attacks. However, the insurer will pay if

are prevented from leaving the area through no fault of their own. This could occur if e.g. the insured person's life is threatened if they leave the area.

(4) Does the insurer pay in the case of a pandemic?

The insurer will pay if the insured person is treated as the result of a pandemic in Germany.

The insurer does not pay if the insured person is treated outside Germany as the result of a pandemic. However, the insurer will pay if

(5) Does the insurer pay for spa or sanatorium treatments?

The insurer only pays for spa or sanatorium treatments if this is expressly included in the tariff.

(6) Does the insurer pay for rehabilitation treatment?

The insurer does not pay for rehabilitation treatment. If the treatment is a follow-up treatment, the insurer will pay in accordance with section 5, para. 7.

(7) Does the insurer pay for follow-up treatments?

The insurer will pay for medically necessary inpatient or outpatient follow-up treatments, provided it has previously agreed to this in writing.

However, the insured person does not require written agreement for the first 3 weeks of a follow-up treatment if the following conditions are met:

(8) In which cases can the insurer reduce the benefit to a reasonable amount?

(9) What happens when several payers are involved?

If the insured person can claim from another cost bearer, they must do so to the full extent possible first of all. The insurer will deduct these benefits from the reimbursement. If the insured person has claims against more than one payer as the result of the same insurance event, they will not receive more than the actual costs incurred as a total benefit.

How do I submit bills?

Original bills are required. They must contain the following information:

What is the procedure for costs in a foreign currency?

Who is the bill paid to?

The costs will be paid to the insured person. They must transfer the money to the doctor or hospital by the deadline indicated on the bill.

What is an entitlement to benefits?

The MAWISTA Student Pro tariff offers a so-called entitlement to benefits. This means that you can continue to be a private full health insurance member even once your tariff has expired. The entitlement to benefits means you can enjoy particularly favourable conditions without having to undergo a new health checkup.